In April 2021 it was brought to our attention that a code used in the OneTemplate was technically incorrect. It transpired that the original code term had been updated automatically to the 'preferred synonym'.
The code in question was originally known by the term 'Cervical smear taken', Read code 7E2A2. This was commonly used in general practice and indeed was a recommended procedure code for the cervical screening programme.
One of our customers queried why we were using the term 'Sampling of cervix by Papanicolaou screen done' when liquid based cytology is the current standard. As seen in the SNOMED browser, the Read code had been mapped to a new term which does not reflect the current method of testing. 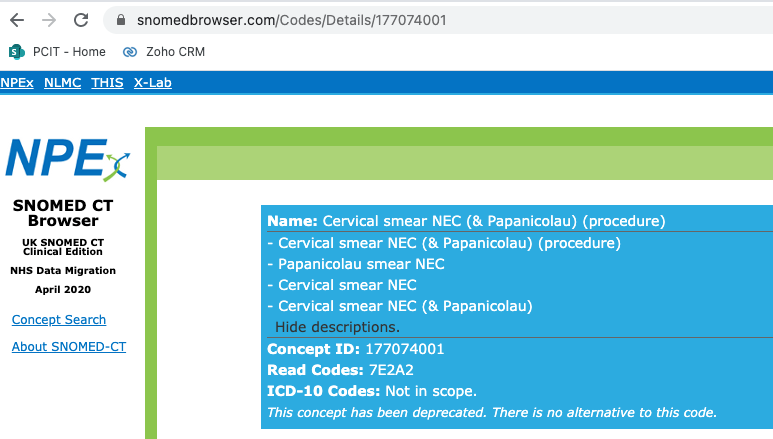 When attempting to add a code to a template using a synonym or the old Read code, EMIS may warn that it will switch the code for the preferred synonym. This can be controlled for the site in Organisation Configuration, and appears to be turned on by default.
You can read more about Preferred Terms on EMIS Now (behind login).